On Wednesday, we wrote about three big moves from the first week of NBA free agency that could make or break the immediate futures of the Atlanta Hawks, Minnesota Timberwolves and New York Knicks. Each deal, along with all the potential bombshell trades we’ve been waiting for involving the likes of Kevin Durant, Kyrie Irving and (possibly) Deandre Ayton, could shake up the league for the next few seasons. But so could a number of under-the-radar transactions that helped bolster teams with championship aspirations — or at least ambitions to improve. Here’s a breakdown of those moves, grouped by whether they may help a team find a new level or just provide it with good, old-fashioned bargain production.

Fresh off of an NBA Finals appearance, the Boston Celtics found two significant bench upgrades for relatively little cost. One is Danilo Gallinari, who plan to sign with Boston for the mid-level exception once he’s officially waived by the Spurs; the other is Malcolm Brogdon, whom the Celtics acquired from the Indiana Pacers for Aaron Nesmith, Daniel Theis, Nik Stauskas, Juwan Morgan, Malik Fitts and a protected first-round pick in 2023.

Both players come with extensive injury issues, but when healthy they are excellent fits for a Celtics team that prioritizes flexibility. For example, both Gallo and Brogdon can work either on or off the ball in halfcourt situations on offense. And at the other end, Brogdon is a multi-positional defender who should thrive in coach Ime Udoka’s switch-heavy scheme, while Boston has more than enough quality defenders to hide Gallinari’s weaknesses on D.

Gallinari remains a high-level threat from deep (he hit 38 percent from three last season, matching his career mark), and he is one of the NBA’s best free-throw shooters, which could be important for a team that struggled mightily at the line late in its playoff run. He can handle or screen in pick and rolls, and he has flashed the ability to punish smaller defenders in the post or isolation when he gets a switch. Brogdon is money from the stripe as well, and playing off the ball more often should allow him to rediscover his outside shooting stroke. (He made nearly 41 percent of his treys in three seasons with the Bucks, but only 35 percent in three seasons with the Pacers while shouldering more ball-handling responsibilities.) The turnover-averse Brogdon can also calm down the Celtics’ halfcourt offense a bit, potentially alleviating some of the ball-security issues that plagued them in the postseason.

the Denver Nuggets signaled confidence in the health of injured stars Jamal Murray and Michael Porter Jr. with their offseason moves, which prioritized defense and versatility on the wing. They sent Will Barton and Monte Morris to the Washington Wizards in exchange for Kentavious Caldwell-Pope and Ish Smith, converted two-way signee Davon Reed to a standard NBA contract (a few months too late, if you ask me; they could have used his defense in the playoffs) and signed Bruce Brown to a two-year deal with their mid-level exception.

It’s tough to think of a better fit for Brown than Denver (and vice versa), where he can make hay running inverted pick and rolls with Nikola Jokić and dishing the ball to shooters like Murray, Porter, Caldwell-Pope, Bones Hyland and Jeff green. Plus, he and KCP, alongside Aaron Gordon, should give the team much more defensive flexibility, which was a major weakness a year ago. (All three players ranked inside the top 30 in Bball-Index’s Matchup Difficulty metric last season, among 272 players that played 1,000 or more minutes.) If Porter’s persistent back issues prove too much to overcome, the Nuggets can pivot to that wing trio alongside Murray and Jokić and still be confident in their scoring capabilities.

the Los Angeles Clippers have perhaps the deepest rotation in the NBA, but the one thing it was missing was a pass-inclined point guard. Enter John Wall, who, no longer weighed down by a massive contract, could prove to be a bargain at the mid-level exception. Whether he starts or comes off the bench behind Reggie Jackson, Wall brings an entirely different look for the Clips. Now, after extending Ivica Zubac and re-signing Nic Batum, the Clips have built a roster that can toggle effortlessly between big and small, offense-first or defense-first, remaining competitive even when Kawhi Leonard and/or Paul George have to rest . LA is slated to have eight rotation players between 6-foot-4 and 6-foot-9, affording coach Ty Lue the luxury of loading the court with shooting, playmaking and versatile defense pretty much whenever he wants. The only team to match that mark last season was the Timberwolves, and they just traded a few of those players away in the Rudy Gobert deal. 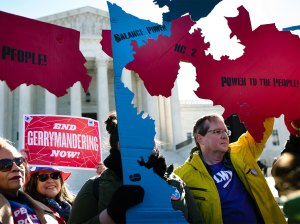 Meanwhile, the Philadelphia 76ers are getting Daryl Morey’s band back together. Morey, who used to be the Houston Rockets’ general manager and is now the president of basketball operations in Philly, had already acquired erstwhile Houston star James Harden at last season’s trade deadline. Now, he’s signed ex-Rockets PJ Tucker and Danuel House with the mid-level and bi-annual exceptions, respectively. He also traded for former Houston draft pick De’Anthony Melton, sending the likely-out-for-the-season Danny Green and a first-round pick to the Memphis Grizzlies in exchange for his services.

The moves weren’t just for old times’ sake. Joel Embiid specifically shouted out Tucker as the type of tough player the Sixers have needed — and lacked — over the last several seasons, so Morey went out and got him. Both he and House know how to play with Harden, and they and Melton will give coach Doc Rivers wing defense options aside from Matisse Thybulle, who is too much of an offensive liability to be on the court in certain situations. Among the 375 players who played at least 500 minutes last season, Tucker ranked inside the top 15 in Bball-Index’s Matchup Difficulty metric, while both House and Melton ranked inside the top 100.

the Milwaukee Bucks used their midlevel exception on Joe Ingles, who is coming off a torn ACL filed in February. He’s highly unlikely to be ready for the start of the season — and he may not return until after the All-Star break, given the typical timeline of ACL rehab. But he’s a solid fit as a rotation wing in Milwaukee due to his ability to shoot threes (he’s made just shy of 41 percent for his career) and make plays as a closeout-beater on the weak side. His defense is likely to fall off further given the knee injury, though, so he may not be a high-minute playoff option.

the Toronto Raptors added to their stable of like-sized forwards by inking Otto Porter Jr. to a two-year deal. Porter finally stayed healthy last season and reemerged as a valuable cog for the NBA champion Golden State Warriors (more on them in a minute); he should fill a similar role up north. His shooting (40 percent from deep for his career, 37 percent last season), defensive flexibility and experience playing multiple roles at both ends make Porter a strong fit for chameleon-esque coach Nick Nurse.

Speaking of players signed away from the defending champs, the Portland Trail Blazers brought in Gary Payton II, who should dramatically improve their wing defense. Along with Josh Hart, who was acquired as part of the CJ McCollum trade last season, the Blazers have two multi-position defenders on the wing — one of whom (Payton) is All-Defense-caliber. That’s a big change from what Damian Lillard has been used to during his career to date, given that he’d spent much of it playing alongside the offensively minded (and defensively challenged) McCollum. Portland also re-signed both Anfernee Simons and Jusuf Nurkić, who should help Dame carry the offensive load.

As for the warriors, they bounced back from losing Porter and Payton by signing Donte DiVincenzo. The versatile wing is not an exact fit for either departmenting player’s role, but he should be able to defend opposing guards and shoot from the perimeter. (That is, if he can get himself right after struggling last season while returning from a foot injury.) DiVincenzo should get plenty of open looks with Golden State, and he’ll mix with Jordan Poole — and maybe Moses Moody and Jonathan Kuminga — to provide some firepower off of Steve Kerr’s bench.

the Sacramento Kings, the team that let DiVincenzo walk, went out and got two sharpshooters to supplement their De’Aaron Fox-Domantas Sabonis combination. One is Malik Monk, who used a strong contract run with the Lakers to secure himself a two-year deal and reunite with Fox, his former college teammate at Kentucky. Monk emerged as a good small-man pick-and-roll screener last season alongside LeBron James, and while the Kings don’t have anybody like LeBron (duh), Sacramento should be able to leverage Monk’s shooting to provide driving space for Fox and to make sweet dribble-hand-off music with Sabonis. The other is former Hawk Kevin Huerter, who figures to slide into the starting lineup and play a similar role to the one he had in Atlanta. Neither player addresses the help Sacramento still badly needs on defense, but these guys should at least be able to singe the nets on offense.

Last but maybe not least, the Los Angeles Lakers brought in a new cadre of Klutch Sports clients, signing Lonnie Walker IV, Juan Toscano-Anderson and Troy Brown Jr. to one-year deals. (They also signed Damian Jones, but he’s repped by CAA.) Walker took a step backward last season in San Antonio, but he could thrive playing a role similar to the one Monk played with LeBron last season. Toscano-Anderson should help the team’s defense if he gets on the floor, and Jones flashed some nice signs as a finisher and passer with the Kings last season. None of these moves necessarily changes LA’s fortunes, but getting younger and more athletic is a nice change of pace from last season’s trainwreck.