For a while, it seemed as if the bubble would never burst. From the start of the pandemic and, especially, over the past eight months, resale prices on the most collectible modern Rolex models kept rising. Now, perhaps inevitably, the run-up appears to have come to an end.

“All the models that were pumped up, overly hyped—those are the ones that have softened the most,” Paul Altieri, founder of Bob’s Watches, an online dealer specializing in pre-owned Rolex models, tells Robb Report. “If a watch was $10,000 in October and went to $15,000 by May, the fact that they’re back to $11,000 or $12,000, that’s where it should have been.”

Altieri says the softening, which he attributed to the poor sentiment sparked by declines in the stock market, is epitomized by the Rolex Cosmograph Daytona Ref. 116500. Introduced in 2016, the model, which retails for $14,550, was valued as high as $50,000 on secondary channels as recently as May.

But over the past month, prices on other coveted Rolex steel models have also weakened. Notably, the Oyster Perpetuals bearing colorful dials, introduced in September 2020 at a retail price of $5,600, saw values ​​peak around $17,500 in April, according to Altieri, before stabilizing around $14,000 in June.

Rolex isn’t the only maker seeing a correction on the secondary market. Certain Audemars Piguet Royal Oak and Patek Philippe Nautilus models have slipped as much as 20 to 30 percent since April, says the well-known vintage dealer Eric Ku, co-founder of the watch auction website Loupe This.

“There has been a hype in the past years with probably some newcomers buying a watch more for an investment rather than for the watch itself,” luxury goods analyst Jean-Philippe Bertschy, managing director at the Swiss investment management group Vontobel, writes in an email to Robb Report. “I would see a correlation between the recent crypto collapse and the recent price decrease. We also have to be honest and face that the prices were over-exaggerated, paying a fortune for steel watches…”

By no means, however, is any of this cause for panic. “This is a normal little correction we’re going through,” Altieri says. “When you walk into a Rolex authorized dealer and they have zero stock, they still have a supply problem and that hasn’t gone away. This is just a little softening—five to 15 percent generally and not across the board. Some of the models that just got overpriced are coming back.” 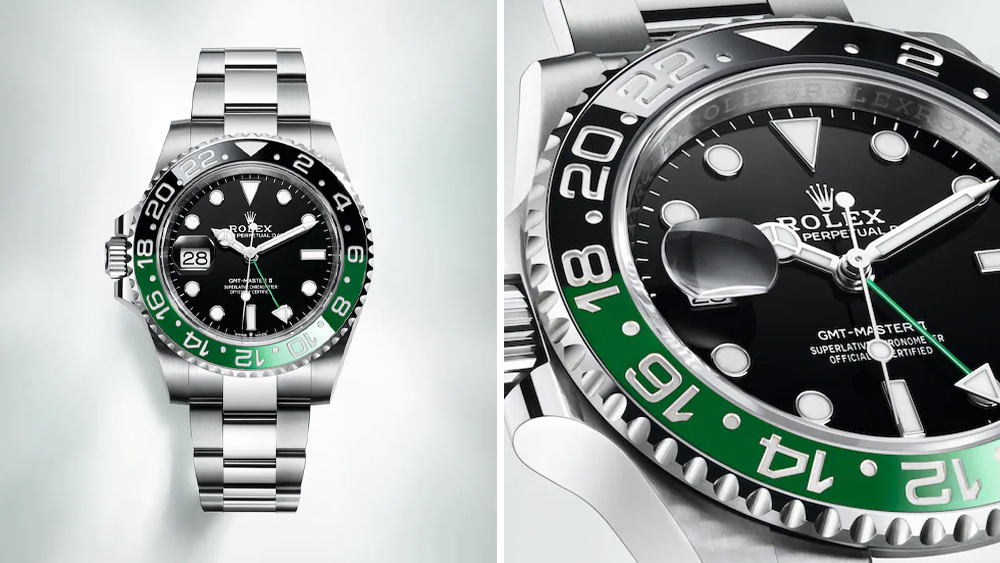 And there are still plenty of examples of pieces that continue to fetch top dollar. “We just sold one of those new left-handed Rolex GMTs,” Ku said in late June. “It went all-in $38,500, including 10 percent buyer’s premium vs. a retail of $11,050.”

In the big picture, analysts familiar with the luxury watch market make clear that the big story is not the current price volatility, but the ongoing polarization of the market, in which a handful of powerful brands continue to grow stronger, often at the expense of everyone else.

“I’m very cautious about assessing sales from companies, but when I look at the units, Patek, Audemars and Rolex are probably making 50 percent of the units worth more than CHF 3,000 [export value],” he adds. “And for these brands, which are performing very well and you have waiting lists—they will sell their watches. For the others, I’m a bit more cautious.”